Background music:-
"A pittance of time" song and written by Terry Kelly
Click here to see video that goes with this music 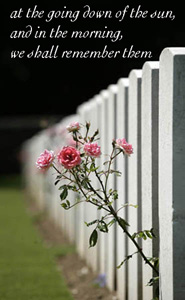